10th Update of the Year

Dear users of the OGI,

Findmypast has claimed the release of a new collection which actually came out a number of months ago, don't believe everything you read!  Their Phillimore Marriage collection has been on their site for a long time.  But they did release the actual PDFs for browsing.

I found this information about William Phillimore on parishrecord.org.

W.P. Phillimore, born William Phillimore Watts Stiff, was the son of Dr Stiff, a Nottingham Doctor. He later took the name Phillimore from the family of his grandmother. While educated as a lawyer, he was also a publisher of books. In later life, he began to transcribe marriage registers, which he later printed in book form. When he died in 1914, he had covered 1,200 parishes from different counties in 200 volumes. He founded Phillimore & Co. Ltd in 1897, which have been publishing British local and family history for over a century.

Phillimore Marriage Records are a series of books published in the late 19th and early 20th centuries by Phillimore & Co. Ltd. They cover marriages from various parishes from each county, however there may be some omission as some of the registers have not survived. In some counties, the coverage of parishes is very good, whereas in other counties just a few parishes were transcribed - most counties do not have every parish transcribed.

All his available publications are online, the majority are found at archive.org and FamilySearch.org.  Click HERE to view a list of free online copies of Phillimore's registers.

If you would like to know which parishes are included in his publications, there is an index available HERE.  Note this was published in 1913 before additional volumes were added.

And on to the details regarding today's additions...

CemeterySearcher is a new system allowing the searching of memorial inscriptions and is now available for a total of five cemeteries in Buckinghamshire, Dorset, Northamptonshire and Suffolk.  Check out this example here.

I will be removing the broken Ancestry collections in the next few weeks.  This may reduce the current total but I would rather have working data than a high number.

Thanks to the generous donation from the creator of ldsgenealogy.com, I have renewed the hosting of the OGI for another 4 years.  Hope you will be along for the ride!

Tim Manners
Creator and Owner
http://ogindex.org
Posted by Tim Manners at 10:35 No comments:

Just wanted to notify everyone that the problem with Wales and the Isle of Man has now been resolved.  Big thanks to my fellow creator, David Sheppard, who has spent time on this issue finding and resolving the problem.

New updates coming soon will allow filtering of record type from the search screen and more accurate results based on year (instead of the + and - 40 year filter currently in place).

Hope you are enjoying all the latest data added this week.

Tim
Posted by Tim Manners at 02:04 No comments:

Biggest update of the year!

Today I was able to upload the largest update for a LONG time.  4,922 new record sets!

I was disappointed to see the new FamilySearch Herefordshire collection has been indexed WITHOUT a place name.  You can only search by name then look at the linked image to see if it your ancestor.  I was able to find the master list of the coverage of this collection so you will know which parishes are included.  (Unique to ogindex.org)

The Ancestry Essex collections added last week also had no coverage table so I contacted the Essex Record Office and they guided me to their content given to Ancestry so I could add a breakdown of parishes to the OGI!  (No one else has that info!)

We are still trying to fix the problem with Wales and the Isle of Man.  The hosting company has added some additional security which has broken the drop-down list.

If you want to search for a place in Wales, you can use this text as the address and add the name of the place to the end:  https://ogindex.org/search?country=Wales&town=

For the Isle of Man, use this text (add the place name at the end and paste it into your address bar):  https://ogindex.org/search?country=Isle+of+Man&town=

I hope we can find a solution very soon.  Thanks for your continue patience.

Best wishes for a wonderful summer ahead.  I am sure there will be new updates soon.

Tim Manners
Creator and Owner
http://ogindex.org
Posted by Tim Manners at 06:48 No comments: 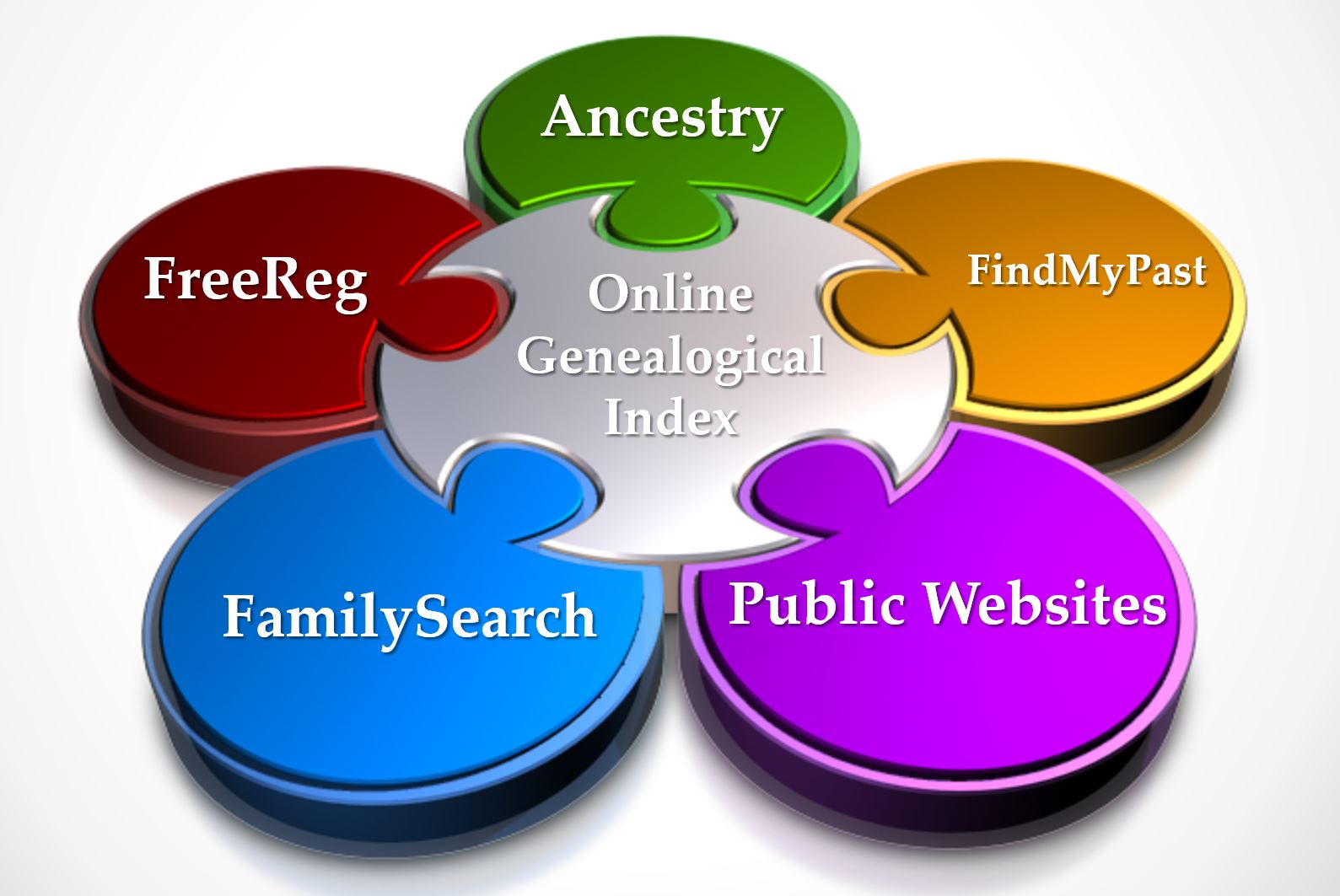